I found what I was looking for at Hallelujah United Methodist Church. Read my story… 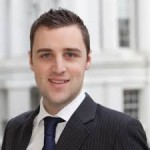 I grew up in a small town of about 700 people in rural South Dakota. In my early twenties I moved to Carrollton, Texas and started work traveling the world. Shortly after moving to Texas, my sweetheart from the Midwest moved to Texas, we got married and we lived in and around the Carrollton/North Dallas area for about ten years. For those years both of us still thought of the Midwest as  Read More

When we decided to move from North Carolina to Texas for Jordan to attend graduate school, we were both filled with excitement and fear. We got married June 18, 2010 and moved to the Dallas area in August. It was a lot of changes all at once and we were certain of very little.

One thing we were certain of was that finding a new church was going to be extremely difficult. When the search  Read More