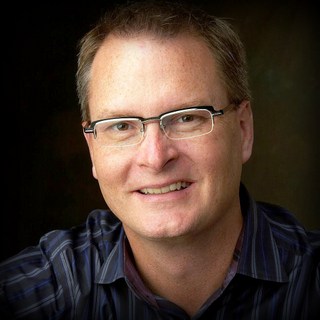 Hello! I am John Wesley and Welcome to my blog! I pray that in these articles, you will experience the love and peace and joy that comes from following Jesus! I would love connect with you. Feel free to email me at pastor@churchbuzz.org.

Jesus Is Lord, Caesar Is Not (Part II)

Do you even remember when Donald Trump said this?

I know. It’s a big ask to recall one line.
He says so many things, and one day’s horror is “trumped” by the next.

But it’s important to remember this specific line this morning, as we try to process Donald Trump’s sacrilegious photo-op yesterday.

And yes, I meant to use the word “sacrilegious” just now, and not as metaphor.

Donald Trump said the line “I don’t know about that…” at the National Prayer Breakfast.
Ring a bell now?

Conservative scholar, Arthur Brooks had just delivered a very sound theological rendering of Jesus’ command to “Love your enemies, and pray for those who persecute you.”

That’s what Jesus, Brooks pointed out, wants us all to do.

Just after he finished, Donald Trump got up and said “I don’t know about that…” and then launched into a long tirade about he actually thinks it’s *fine* to go after your enemies.

Do you remember when all this happened?

See? So much has happened, we forget.

But I wrote about this moment at the time, because it deeply disturbed me then and does even more so today.

It didn’t deeply disturb me at the time that Donald Trump doesn’t know shit about the Bible. I actually wasn’t surprised by that.

It disturbed me that when Donald Trump said “I don’t know about that…” a room full of allegedly Christian ministers…laughed.

They chuckled at the fact that Donald Trump doesn’t know shit about what Jesus said.

Flash forward to yesterday. The events of the 6 pm hour are seminal, and whatever you remember about this past week, I am begging you to take a cold, hard look at that hour.

Trump holds a Rose Garden press conference.
WHILE he is holding that press conference, he has ordered troops to teargas peaceful protestors across the street. You can hear the pops of the tear gas over his words.

Why did he gas them?

So that once the smoke cleared, he could cross the street to St. John’s Church, for no other reason than to get a Photo-Op of him holding up a Bible.

That’s WHY Donald Trump order peaceful protestors gassed. So he could get a Photo-Op.

Friends, this is the predictable outcome —totally predictable— of a president who doesn’t know shit about what Jesus said.

The Right Rev. Mariann Budde, the Episcopal bishop of Washington was so angry she could hardly speak to reporters afterward. Because Donald Trump is USING religious iconography and imagery for political purposes.

And do you know who else did that?

Yeah, I went there.

A broken clock IS right twice a day, and sometimes is really IS midnight and “Night Cometh.”

Friends, DICTATORS around the world do that.

They wave holy books around, looking for the moral authority of religion to do things like gas their own people.

Hitler was *obsessed* with religious iconography and symbolism, and often used it in rallies and speeches to further his political ambition.
(FYI: There are photoshopped images of Hitler waving a Bible on the internet today, next to Trump….I will not be posting those here…)

I am asking every person who claims to be a Christian and yet still supports to Trump to look long and hard at things this morning.

Because THIS IS NOT OK.
This is not normal.

And if you are Christian, your faith calls you to stand and say: “This is not Christian.”

Maybe you were OK when Trump scoffed at “loving our enemies.”

Are you really OK with Trump gassing people for a Photo-Op?

And it causes me to pull out the line I spoke of back in February when I wrote about that Prayer Breakfast fiasco:

“JESUS IS LORD, AND CAESAR IS NOT…”

Crossan deftly reminds his readers how the Romans worshipped their Emperors like gods. In fact, he cites authorities which actually call Caesar “lord.”

It was too dangerous for many in the Roman Empire to boldly assert “Caesar is not.” In many places (at least through the 400s) they faced persecution at the hands of the Romans. The famous legend about how early Christians used to draw a fish symbol in the sand is an example of this.

As I have said and written many times, the closest thing we have in our society to the Roman Empire is the American Empire.

America is a great and vast Imperial Power. America —and all the trappings of both its government and civil religion— are THE Powers That Be in our culture today.

President Trump is the head of those Powers That Be, by right of being the American President. So was Barack Obama. And, lest you think I’m about to be hypocritical…there’s no “but” that comes next.

America’s President is the head of the “Powers That Be” whether they are an orange-haired blowhard, and African-American man…and, God willing, one day a woman.

This is a fact I stated repeatedly to my mostly-liberal congregation, back during the Obama presidency. They didn’t always like it when I said it to them. It didn’t make it any less true.

Dear Christians: THIS IS THE TIME FOR YOU TO DO THAT.

Boldly stand up and declare “Jesus is Lord, and Caesar is not…”

If you think this is hyperbolic, I just need to tell you that moments after Trump’s press conference I got a text from a dear Jewish Rabbi friend, sharing how deeply troubled he was by the scene of Trump waving that Bible.

And because Trump literally GASSED people in order to get that Photo Op.

And, oh yeah, one more thing…

Trump has order parts of Border Patrol to be deployed to Washington DC to held quell the riots. Lest you forget, Border Patrol is *exclusively* under the purview of the President. They are not accountable to anyone else besides him.

He can do this…he can send them anywhere he wants.

We are at a moment where all Americans will be called to stand up for our deeply held beliefs, whatever those are. Those decisions will not be easy ones for some, especially those in law enforcement.

For example, I was grateful to read, late last night, that a county in Virginia has WITHDRAWN their forces from Washington DC in the wake of the gassing and press conference. They say they are now “re-evaluating” their shared-force agreement with the White House.

They SHOULD do that.

In Dallas an awkward standoff took place on the the Bridge, where hundreds of protestors, including my clergy brother, Rev. Ray Jordan. Smoke bombs were deployed. Folks were restrained. Thankfully, cooler heads prevailed and everybody went home.

It was a moment that brought tears of joy to my eyes. And if you need moment of hope in these dark days, take a look:

We’re gonna need a lot more moments like THIS if we are to survive as a Republic. (And that is not guaranteed at this hour…)

And every single peace officer in the nation —every single member of the military— may soon be called to their own “gut check” moments.

So, Dear Christians: who will you follow, if Trump *really* turns our military on our own people?
Deploys CBP in a broad way?

America’s “peace officers” have been militarized beyond belief in the past few decades. This has been justified time and time again. But if you have a hammer, everything can look like a nail. And if you have a President who doesn’t give a shit about “loving your enemies,” watch out.

MY deeply held beliefs are my Christian faith. They are at the core of my being. My faith teaches me to follow Jesus as Lord and reject the Caesars of this world. I love to talk politics. I’m blessed to know many politicians. But I’ve never been shy about speaking to politicians when I think they are in the wrong.

Now is the time for all Christians to do this.

Therefore, to close this essay, I have four specific questions now for all Christians reading this…

1. Trump has threatened to call out the military on American civilians.
Does that bother you?

2. Trump has GASSED peaceful protestors in Lafayette Park.
Does *that* bother you?

3. Trump used OUR Christian faith to justify these very acts.
Does *that* bother you?

I have now used the words “shit” and “fuck” gratuitously and intentionally in this essay.

OK. That was set up. The *last* question is the important one for all you Christians out there.
(And, no, I didn’t make this up…it’s an old preacher’s meme…)

Because if you are more concerned by my cursing, my dear Christian siblings, you have a real problem right now.

If you are more bothered that I would say “shit’ and “fuck” in this essay (to TRY to shock you) than you are bothered by the genuinely shocking actions of our President…then YOU have a problem.

A…very…serious…problem. And I pray to God in heaven you look carefully at that.

Hitler became Hitler, in part, because too many “good” Christians stood by and justified his increasingly troublesome actions. That is historical fact.

Therefore, REMEMBER those laughing clergy at the Prayer Breakfast…and then REMEMBER Trump waving his Bible yesterday, just after gassing his own citizens for no reason at all.

Trump has kept human beings in cages.
Trump has gassed his own people.
Trump has made it clear that he intends to come after his political enemies, and he “doesn’t know about” loving them.
Trump has committed sacrilegious use of our Holy Bible.

When will YOU stand up, and say with me:

“JESUS IS LORD, AND CAESAR IS NOT…”

Because if now is not the time, when in God’s name is?